Back to Shape and size

Ceram’s Giles Blundred discusses how to push the boundaries of X-ray diffraction beyond routine 2 theta measurements. 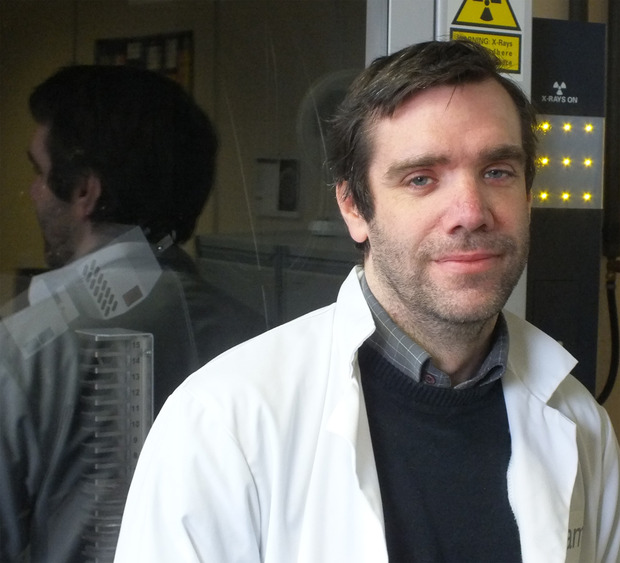 Critically for such characterisation, an X-ray diffractometer is set up to run in Bragg-Brentano para-focusing mode. This means there is a divergent x-ray beam that is “reflected” through a sample to be focused on the detector.

In this mode, where the incident beam angle and the detector angle vary symmetrically about the normal to the sample surface with increasing two theta, the X-ray penetration depth increases with increasing incident angle.

During the late 1990’s the collimation of X-ray beams using graded synthetic crystals moved forward with the onset of the Goebel mirror. This optic when placed into an x-ray beam allows a divergent beam to be collimated to a parallel beam.

In order to gather data related to the surface of fabricated materials Grazing Incidence of Diffraction must be employed. The fact that the incident beam impinges upon the sample surface at a fixed incident angle allows for controlled beam penetration depths within a given sample.

This technique is most suitable for thin film layers deposited on very flat surfaces. A typical example is afforded using the sputtering of a thin gold film onto a glass substrate. GID traces were obtained using a Bruker D8 Advance.

Copper K alpha radiation was employed and the incident beam was collimated through a Goebel Mirror and a 0.2mm slit on the incident side. In order to maintain a parallel beam geometry a long equatorial soller slit was used prior to the Lynxeye solid state detector used in 0d mode. Incident angles used were 0.2, 0.5, 0.6 0.75 and 1.0.

The Grazing Incidence of diffraction technique is used to qualitatively evaluate the formation of Hydroxy-apatite-like precipitates in the international standard BS ISO 23317:2007 “Implants for surgery - In vitro evaluation for apatite-forming ability of implant materials”.

Giles graduated with dual honors in Chemistry and Geology from Keele University UK. His PhD thesis was based on the characterisation of Mixed Ionic and Electronic Conducting Oxides by correlating the observed physical properties with the structural properties. Giles has over 11 years’ experience of using diffraction techniques in the characterisation of the structure of solids.