Back to Product Update

HORIBA used its new its two-in-one absorbable and fluorescence spectrometer, Duetta, to demonstrate the use of IFE correction in extending the dynamic range of an instrument to higher concentrations of solution, enabling easy and accurate collection of fluorescence data. 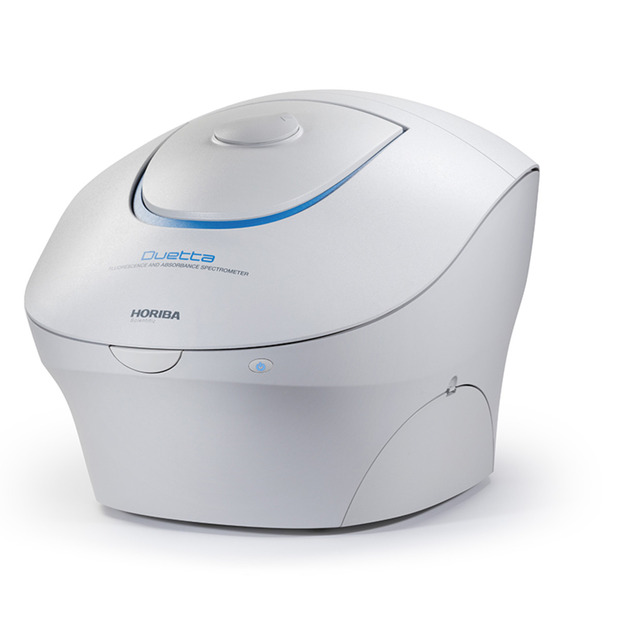 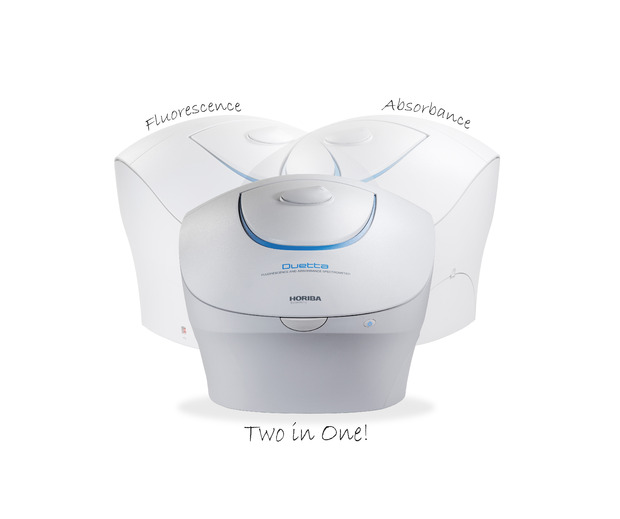 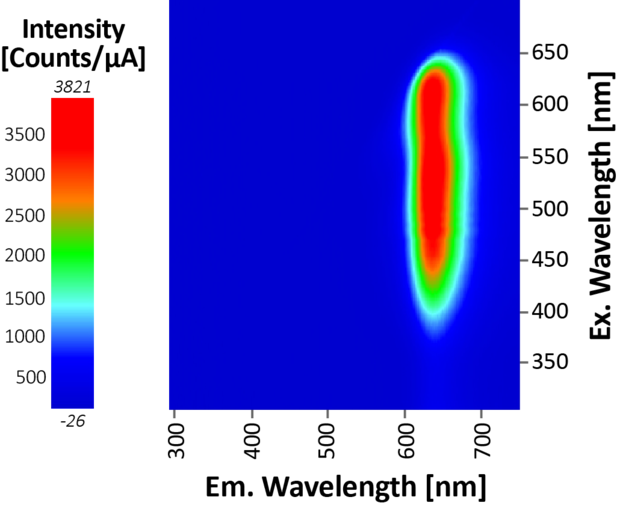 Over the last two decades, attention has been focused on the optoelectronic properties of nanostructured semiconductors or Quantum Dots (QDs). QDs absorb over a broad range and have photoluminescence emission over a narrow range. This can be tuned depending on the material from which the QD is made and the size of the QD. The applications of QDs continue to expand in areas such as Vivo imaging, light-emitting devices, photodetection or solar energy conversion.

Fluorescence is one of the most common ways to analyse QDs. Routinely used in domains such as life sciences, material science, agrifood and environment, advantages include its relative ease of use, non-intrusive nature, high sensitivity and suitability for multiplexing and remote sensing.

One difficulty, however, is the non-linear relationship between the fluorescence intensity and the concentration of a fluorophore, called the Inner-Filter Effect (IFE). This well-known IFE depends on sample absorption and instrument geometry and is usually significant - even in samples with rather low absorption (the error is about 8% at an absorbance of 0.06in a 1 cm square cell).

The Duetta can be used as a fluorometer, as a UV-Vis NIR spectrometer to measure absorbance, or as an instrument that measures true molecular fingerprints via the simultaneous acquisition of fluorescence and absorbance, thus correcting for IFE in real-time. The fluorescence detection is acquired by a multichannel CCD detector, so full spectra can be generated in as little as 50 ms, more than 100 times faster than some fluorescence systems. The speed is a distinct advantage when collecting Excitation Emission Matrices (EEMs), i.e. multiple emission spectra at a range of excitation wavelengths. The CCD detector has the added advantage of a wider wavelength range than normally found on a bench-top instrument, 250 – 1,100 nm.

In its work, HORIBA analysed a new generation of QDs. By avoiding the use of the toxic heavy metals Pb and Cd, Indium Phosphide (InP) based QDs are a promising alternative that retains the spectral range of size-tunable emission while expanding the scope of applicability of soluble semiconductor emitters. They have the potential to replace the widely applied cadmium?containing QDs in next-generation commercial display and lighting applications.

Fluorescence/Absorbance spectra were recorded from samples in a 1-cm quartz cuvette. The fluorescence EEM was first collected on the undiluted sample to find the optimal excitation and emission spectral ranges, with excitation from 300-700 nm and emission 300-750 nm. Once the acquisition parameters were optimised, the emission spectrum was measured with 450 nm excitation between 500 and 750 nm. Simultaneous absorbance measurements were performed so as to apply the IFE correction.

Benefits of a two-in-one fluorescence and absorbance spectrometer